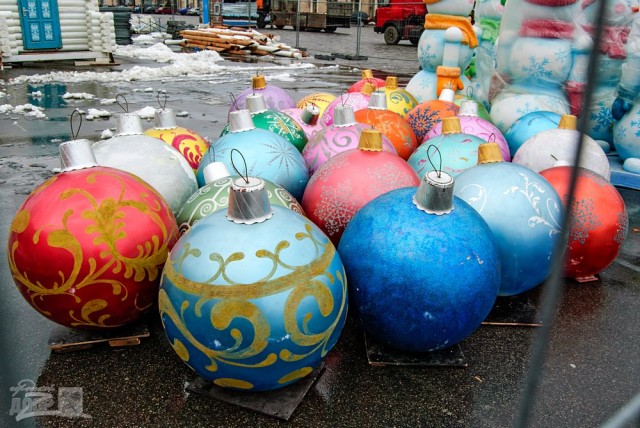 According to the press service of Kharkiv City Council, all the illumination objects are located in the central part of the city. According to the order of the mayor Gennadiy Kernes, New Year lights will be lit until January 15th. Evening architectural and artistic illumination can also be seen at the Annunciation Cathedral, Cathedral of the Assumption, Pokrovsky Monastery, Kharkiv Conservatory, on the pedestrian bridge across the river Kharkiv in the square “Strelka”. “All these activities make the appearance of the evening city (especially during the holidays) more attractive and diverse,” said employees of Kharkiv City Counsil.

A New Years tree has been already installed at the main Kharkiv square, its openings ceremony is scheduled for December 26th. The giant ice arena is still being mounted. Also, authorities are installing wooden houses located at the traditional New Years Fair with winter entertainments, refreshments, hot and strong drinks. Feel free to read the news Kharkiv will make the largest ice rink in Ukraine and How much does it cost to rent an apartment on New Year’s Eve in Kharkiv?