The Kharkiv regional Commercial Court ordered the Main Administration of the National Bank of Ukraine (NBU) in the Kharkiv region to pay the Arsen Avakov‘s bank “Basis” 19.6 million hryvnias, as “Nashi groshi” reported on November 10th.

In 2012, the NBU introduced a temporary administration for “Basis” for six months and then made a decision to revoke the banking license and begin bankruptcy proceedings. At that time the “Basis” correspondent account was terminated and savings account was opened at the NBU.

In 2014, the Kyiv District Administrative Court decided that the bank “Basis” liquidation was illegal. 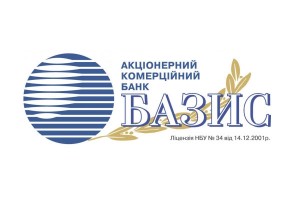 In March 2015, the bank filed an application to the NBU with the requirement to transfer the remains from the savings account to the company transaction account. NBU replied that there was no legitimate reason for such transfer. The bank representatives went to the court. The court decided that as the liquidation procedure of the bank was stopped, the NBU has no legal grounds to keep the money on the savings account in the bank and ordered to transfer nearly 20 million hryvnias.

According to media reports, in 2012 the bank was controlled by corporate enterprise “Investor”. The main shareholder of the company was Inna Avakova, the wife of Arsen Avakov, the Interior Minister. During the introduction of an interim administration to the bank, he said that in 2011 he left the company as a shareholder.

It is worth mentioning that after the change of power in Ukraine, enterprises that are close to Avakov are trying to recover the lost assets or just receive a compensation through courts.