Home Culture Who wants to enjoy the advertising? 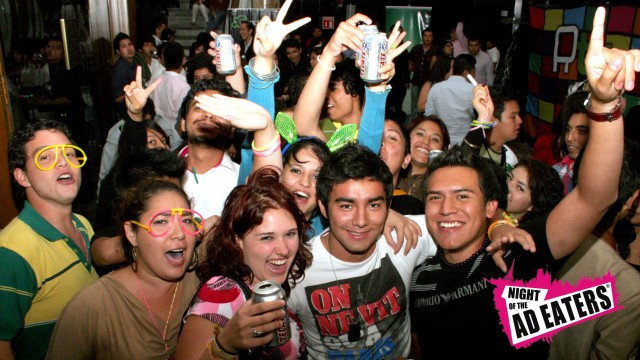 On the night of 6 to 7 November an annual international festival “The Night of the AdEaters” was held in the Kharkiv National Academic Opera and Ballet Theater. This project represents a collection of commercials selected by the famous Jean Marie Boursicot. The event was organized by the creative association “Dva Tovarishcha” (“Two companions”).

According to organizers, this year’s program is very intense. Photo zone will be decorated in the theater, a DJ will mix music. It is also planned to present an exhibition of young artists. Organizers will surprise visitors with live owls, light workouts of yoga and entertainment in the quest room. Traditionally, four tea and coffee breaks with croissants will be between the film screenings.

“The wish of Jean Marie Boursicot is to hold an event in the theater as the festival is cultural event. The visit of the event is always a festivity and a good reason to wear a suit for men and an evening dress for women,” says one of the organizers Gleb Tymoshenko.

Anna Goncharova coordinator of the project “The Night of the AdEaters” tells: “For 30 seconds, you can feel fear or pleasure, you can even start crying. Advertising – a very powerful tool, which affects the entire population, regardless of the profession”.

Reference. “The Night of the AdEaters” exists since 1981 thanks to Frenchman Jean Marie Boursicot, who collects promotional videos. Its uniqueness lies in the fact that the videoclips are shown on the big screens in the movie theaters during the night (three blocks of 1.5 hours). Advertising is considered as an art.