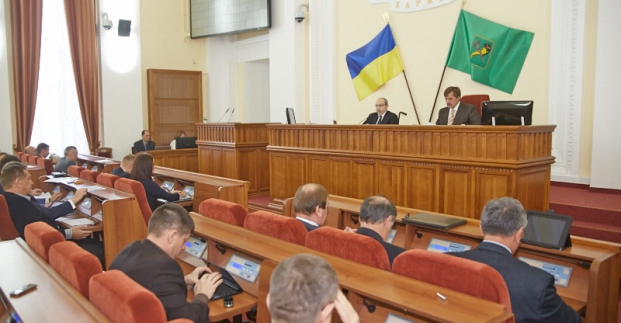 On September 23rd, the 42nd ordinary session of the Kharkiv City Council of the VI convocation was held in the Great Hall of the City Council.

The session was attended by the members of the monitoring mission of the OSCE in Kharkiv, representatives of the Kharkiv Regional Council, Deputy Head of Urban Management Research Affairs of Ukraine in Kharkiv region Sergey Chovpan, senior prosecutor of the city of Kharkiv Natalia Ponomarenko, the members of the Executive Committee, and Director of the City Council.

84 deputies have registered to work in the session and an agenda of 73 questions was reviewed.

During the session, the Kharkiv Mayor, Gennady Kernes, announced a half-hour break because of the attack on the house of Mikhail Dobkin. It is also worth noting that, during the session, Kernes and the Kharkiv city council deputy, Anatoly Rodzinskiy, had several quarrels. As a result, Rodzinsky was deprived of speech. “People do not have to listen to your lies,” said Kernes. For the deprivation of speech of Rodzinsky, it was voted 61 deputies, 11 – against, 2 – abstained.