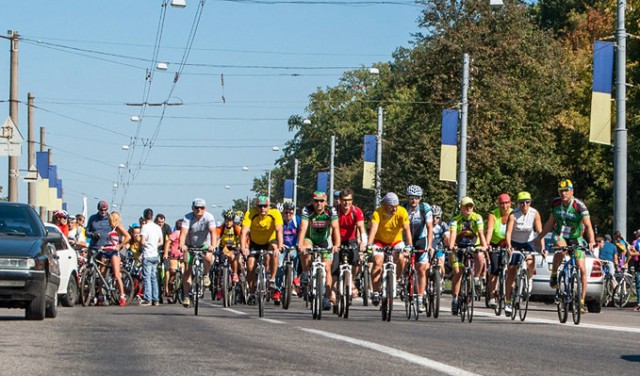 Yesterday, on the 20th of September, a bicycle mileage was held. More than 2.5 thousand people started from the monument of Cyclists on the Belgorod highway and drove to Constitution Square.

“I like cycling. This is a healthy way of life. Today, I have come to prove that, in Kharkiv, cycling is booming, but we are also lacking the bicycle paths,” commented one of the participants.

MP City Council, Vladimir Skorobagach, and Deputy mayor for the city’s infrastructure Kharkiv, Yevgeny Vodovozov, also took part in the cycling mileage and rode all of its route.

Vodovozov noted that Kharkiv has started to improve its infrastructure for cyclists. An example of this was the opening of bike stations, as well as planned construction of a modern bike route, which will begin in mid-October.

Earlier in the city were held the action “bike to work” and a number of other activities within the European Mobility Week.