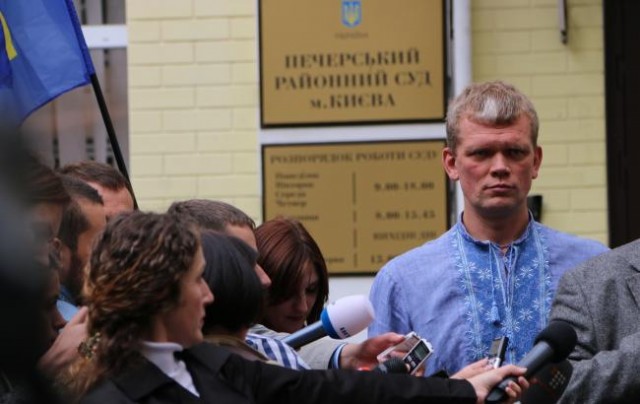 Yesterday, on August 10th, the trial of the MP leader of the Kharkiv division of the party Svoboda, Igor Shvaika was held. Olesya Batrina, judge of Pechersk district court in Kiev, released, on bail, the former Minister of Agrarian Policy. Shvaika wrote on his twitter about the trial process.

Shvaika claimed that during the events of August 31st, in front of the Verkhovna Rada, he defended rather than attacked the law enforcers.

“I took the shield and a stick, from which I had a hematoma. It was a police attack; me and other members of “Svoboda” tried to separate the two sides. But when somebody goes against us, we are used to fighting back,” said the former minister.

Recall that Igor Shvaika is suspected of violating article 294 of the Criminal Code (organization of mass disorders) in the case of collisions by the Verkhovna Rada on August 31st, in which some people were killed.