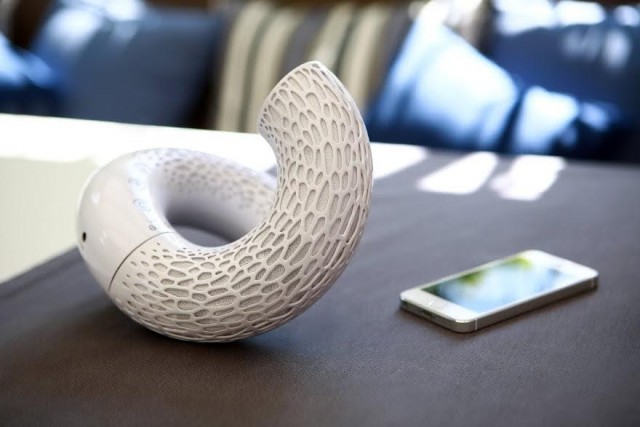 Katerina Sokolova, with the support of the French company Jarre Technologies has developed unique portable speakers AeroTwist. This project was awarded with the prestigious Red Dot Design Award.

Speakers AeroTwist were made in the form of a “donut”, which can be attached to the handle bag or backpack strap to listen while walking.

According to the designer, the implementation of the product into series production took about a year. French manufacturer took over all financial costs. Today, the product is sold in Europe and Asia. The price of the gadget is 329 euros.

Reference: Katerina graduated from the Kharkov Academy of Design and Arts and practiced at the German University of Design «Burg Giebichenstein Kunsthochschule Halle». She now lives and works in Kiev. Katerina cooperates with several European manufacturers, including Jarre Technologies (on regular basis for five years).