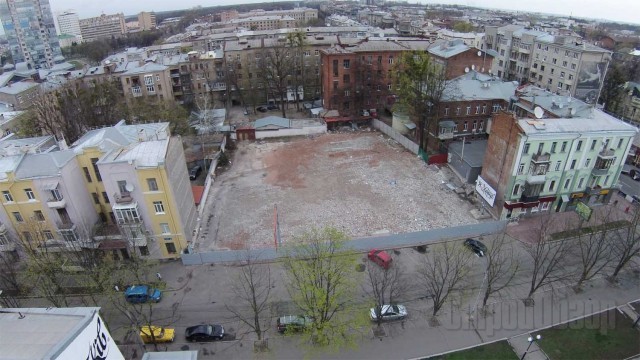 The Economic Court of Kiev decided to resume hearing on the claim of “Hotel Kiev” on July 6. The first court session of the suit was to be held on July 14, but it was postponed for an indefinite period.

Company “Bern-K” demands from the Kharkiv Regional Council to pay 40.56 million UAH as compensation. The issue concerns seven-storey building, built in 1987 in the center of Kharkiv on the Culture Street. 4. The area of ​​the hotel with 64 rooms was 5 000 square meters.

Recall that the hotel building in 2008 was bought by PE “Bern-K” at the Kharkiv Regional Council auction for 35.5 mln. The PE “Bern-K” was liquidated and “Hotel Kiev” Ltd. became its legal successor. In 2009, the owners of the “Hotel Kiev” stated that they are ready to invest nearly 10 million UAH in the preparation of hotel for the “Euro 2012”. However, in 2011 the new owners suddenly got a lawsuit in which the claimant demanded cancelation of the sales contract in the interests of the Kharkiv city council. The Court declared the contract of sale invalid. The company “Hotel Kiev” was liquidated in December 2012 already. After that the building itself was demolished.

In 2013, “Hotel Kiev” has filed a lawsuit demanding compensation for 40.06 mln. In addition to the sum paid at auction for a hotel (35,5 mln.), the company required 5.06 mln. for a major overhaul held in the building.

The court dismissed the case due to the liquidation of the company.

In December 2014 a court reinstated registration of the company “Hotel Kiev” on the proposal of the company. After that, the company resumed the case of compensation for the demolished hotel.