Kharkiven Pavel Nifantov created a portrait of the head coach of national football team Andrey Shevchenko. As canvas the artist used a sheet of MDF, where glued 27 pages of poems from “Kobzar” by Taras Shevchenko, Segodnya informs (RU). 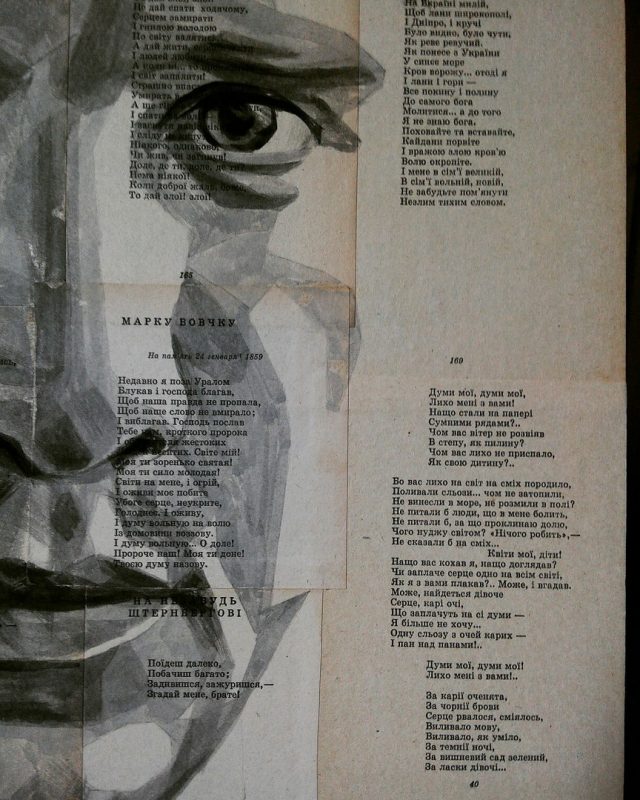 Then, with the acrylic paints he painted a football legend, taking the prototype picture from photo shoot of Shevchenko for one of the brands of clothes, when he was playing for the Italian FC “Milan”.

“The most difficult part in all this was to paste the page to the MDF. I had to show patience, but I am satisfied with the result,” told us the author.

According to him, the creation of the portrait took more than a month.

BACKGROUND: Taras Shevchenko was Ukrainian poet, writer, artist, public and political figure, as well as folklorist and ethnographer. His literary heritage is regarded to be the foundation of modern Ukrainian literature and, to a large extent, the modern Ukrainian language.