A presentation of the book “The National Registry of Records of Ukraine-2016“(UA) was held at Kyiv Olimpiyskiy National Sports Complex on March 21. The book collected 400 records across the country.

Kharkiv took the second place among all the regional centers by the largest number of records after Kyiv. National Register of Records of Ukraine-2016 included 26 records made by the city residents. 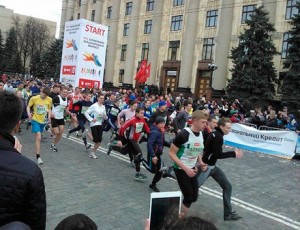 The record “living” bike, consisting of the largest number of cyclists, was established on the Сyclist Day in 2015. For its realization the project organizers have collected 3207 participants, who “drove” 50 meters at Freedom Square. 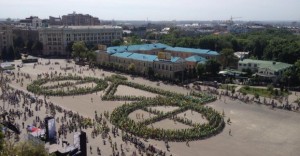 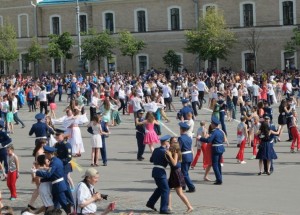 The biggest ​​graffiti on a residential building: on October 7, 2013 on the facade of a multi-storey house at Gagarina Avenue, 39, the residents painted graffiti of Yuri Gagarin. The street art artists took around 500 cans of paint of different colors. 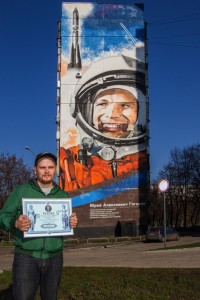 The largest trident, laid out by the bodies of Kharkivens on Goverla – 2015. 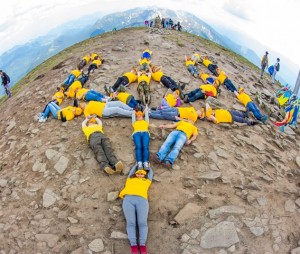 Image of an airplane of the largest number of people: in 2014, 1579 students of NAU (Kyiv) and KAI (Kharkiv) simultaneously in two cities built the biggest “living” aircrafts. 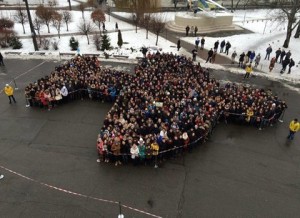 The most massive simultaneous wedding ceremony took place in May 2015. Thereat, 24 couples got married. 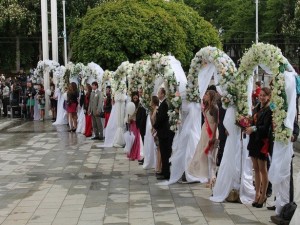 The largest flag of Ukraine made from flowers was created in Kharkiv on August 24, 2014. The total area of the “living” flag was 807 square meters. 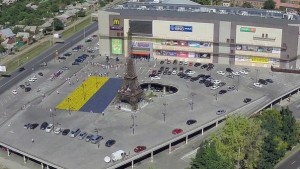 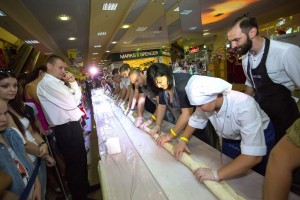 The most massive hen party was registered in Kharkov in 2015. 55 girls enjoyed the pre-wedding party.