Set of magnetic tools developed by Kharkiv scientists to extract the shell fragments from the bodies of the wounded presented at the Military Medical Clinical Center of the Northern region, reported Ukrinform.

The tools are made of titanium. The magnet has two nozzles of different diameters, and a flexible tool to extract a fragment from any injury. 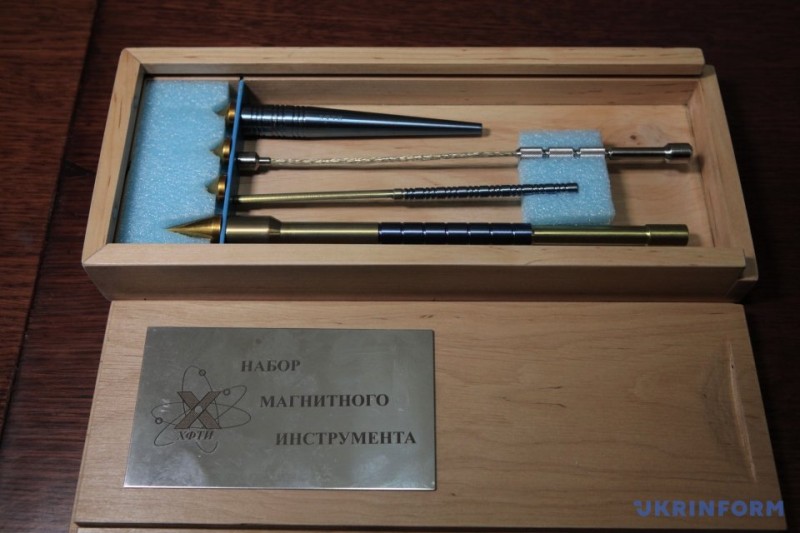 “With this invention, we can quickly find the fragments in the body of the wounded, as well as painlessly and effectively remove them even in the field,” noticed at the presentation the chief of the hospital medical service Colonel Viktor Polishchuk.

According to him, scientists of Kharkiv Institute of Physics and Technology and military medics worked on the innovation.

“Magnets are designed for mobile hospitals which are now in the ATO area. With the help of magnets we successfully removed shell fragments from wounds of more than 600 fighters,” said the head of the surgery department of the hospital Vladimir Boroday.

According to him, the tool is easy in use: “We find a fragment of size from a few millimeters to 3 centimeters, make a small incision, put in the magnet – and take out from the wound foreign body. One-two stitches – and the operation is finished.”

The developers gave to the hospital 10 sets of magnetic instruments free of charge at the presentation, two of them will be here and another eight will sent to the ATO area.

We also recommend to read articles More than 9,000 ATO fighters were set on the legs in the Kharkiv military hospital and New Predator 4.0 machine unveiled in Kharkiv.