Home Kharkiv A new bus terminal of the first category was launched in the...

As the director of Public Utility “Kharkivpass” Oleg Osmanov said now the bus terminal has routes in three directions and transports about 1 thousand passengers a day. In the short term – the opening of directions to Kiev, Sumy and Poltava.

“It is assumed that this bus terminal will have about 15 directions, and it will serve about 20 thousand passengers a day. By the way, this is the first bus station in Kharkiv and Kharkiv region of the 1st category – the highest in Ukraine. It provides comfortable conditions for people. There are also all facilities for people with disabilities,” noted Oleg Osmanov. 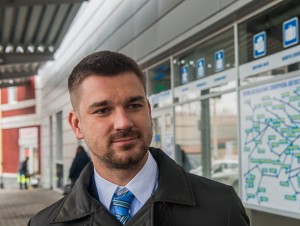 According to the chairman of the administration of Kholodnohirskyi district Maxim Museev, today there is already order of the Kharkiv Regional State Administration about a transfer to this bus terminal many routes which serve the Kharkiv region. About 40% of the routes are already transferred – more than 60 departures per day. And when here will transfer all the routes it will have 150 departures.

In addition, on this bus station in the near future will be possible to buy tickets for every bus route in Ukraine, as well as train tickets, in the development – purchase of electronic tickets over the Internet.