Home Entertainment How it was: the first Winter Fest was held in Kharkiv

The first festival of winter sports “Winter Fest” was held yesterday, on January 23rd, at the ski base “Temp” in the forest park. The event was attended by hundreds of people, mainly by young people and families with children.

Very popular among the guests was the snowmen village, a kind of Yeti village, with yurts and ornamental trees, where everyone could take a photo. Near a shaman brewed mulled wine and his assistant told all comers their fortunes. 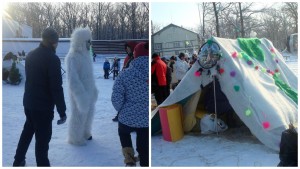 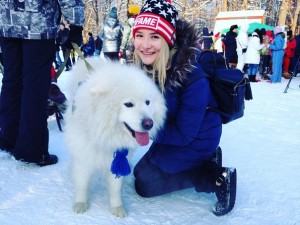 In the evening, a charity auction was held, where the people had competed for the a wild boar on a spit. The proceeds were promised to be transfered to the orphanage. A fire-show finished the first winter festival. 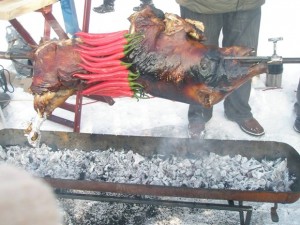