Department of International Cooperation of the City Council together with the students is carrying out the market research in order to develop tourist itinerary of the city.

On December 24 at the tourist information center was held the meeting of students, staff of Tourist center, representatives of the Department and the Maxim Gorky Central Park for Culture and Recreation, informed the press service of the City Council.

According to the students of Simon Kuznets Kharkiv National University of Economic who participate in the research, the project started in October, since then they have interviewed five hundred tourists. The guests of the city were stopped and questioned near Derzhprom, metro station “Universitet”, on the Constitution Square, at the railway station.

The participants of the research will sum up the results of the survey until May. While it’s known that the tourists stick the most in memory N. Lysenko Kharkiv National Academic Theatre of Opera and Ballet, dolphinarium “Nemo”, Maxim Gorky Central Park, Kharkiv Philharmonic Hall, the Taras Shevcheko Gardens, Constitution Square.

The head of the International Cooperation Department Julia Zgurskaya announced that such research won’t only let to learn the preferences of tourists but also let to understand how many guests hosts the city.

“The final results of this study will be known in May at the Tourist Forum. We need to understand what objects are interested for visitors, to see the perspective of its development. We must combine the efforts of the tourism business and government, science, in particular students, to work together on the tourism development strategy,” said Julia Zgurskaya. 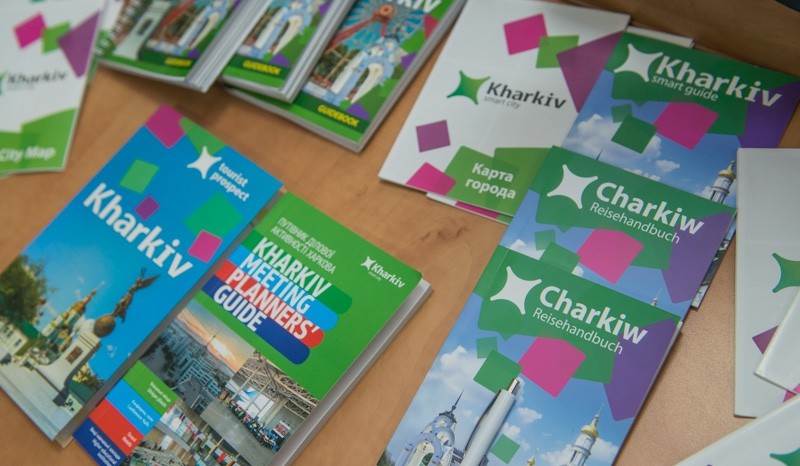 Recall that in Kharkiv operates a tourist information center. There tourists can get all necessary information about the city, maps and guides adapted for different nationalities for free.