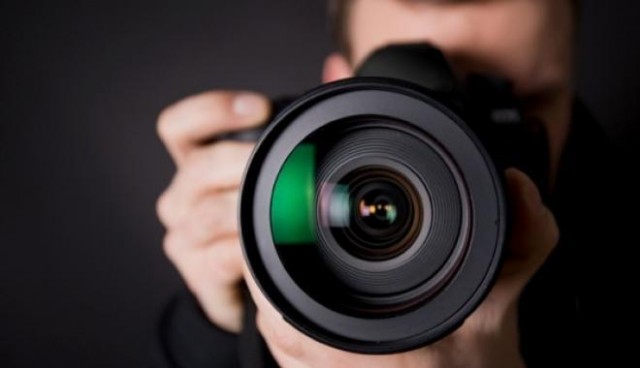 The photo “Couple Policemen” made by Kharkiven Armen Dolukhanyan was recognized as the best in Europe, the Middle East, and Africa.

The company CBRE has chosen the best urban photos from all over the world within the framework of an annual contest. This year’s theme was “Cities at Work” which is supposed to reveal the diversity of human activities in different parts of the world.

The absolute winner became the picture “Xyclops” of Philippine photographer Oscar Rialubin. The jury noticed that the face of the watchmaker “tells a thousand stories.”

Among the regional winners there was also the photo from Ukraine. The photo of Kharkiven Armen Dolukhanyan was recognized as the best in Europe, the Middle East, and Africa. The work is called “Couple Policemen” on which the author captured the loving couple of cadets of Kharkiv National University of Internal Affairs.

The best photo in the Pacific was taken by photographer Peter Grainy. His picture shows how people prepare poultry in the Cambodian city Phompen.

At the competition other categories besides regional were presented. Cocu Lew took the best photo on a mobile phone capturing the streets of Chicago in the mucky winter weather.

According to organizers of the contest, each of regional winners showed a sharp contrast of work life worldwide through the prism of personalities. These photos affect the perception of cities that people could not see with their eyes.

The company CBRE have been selecting the best urban photos since 2009. This year there were more winners from Asian and South American countries and less winners from Western Europe in comparison with last year. Also this year was the first time when CBRE awarded for the best photos taken on a mobile phone.