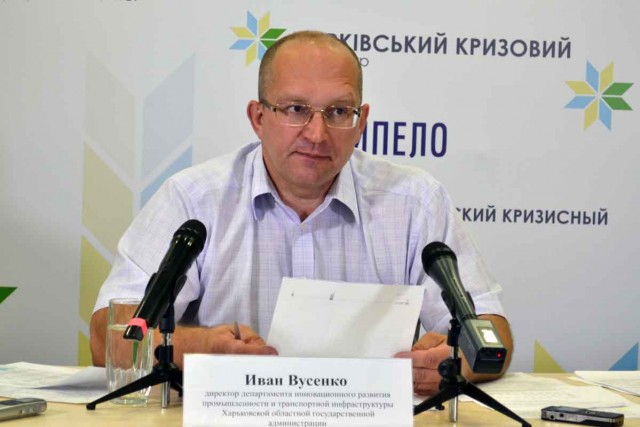 31 July 2015: the Kharkiv State Aviation Production Enterprise is one of the oldest factories producing aircraft in Ukraine. It was opened in 1926, and has since released 4000 flying machines which have been operated in 60 countries worldwide. In its heyday, the KSAPE made the K-2, K-3 and K-5, the first mass-produced aircraft in the USSR; the K-7, which was the biggest plane of its time; and the iconic World War II Su-2 bombardier. Today, the factory makes three An series planes and a HAZ.

Despite such an impressive history, factory Director Ivan Vusenko’s speech came as a sad reminder that the enterprise is, in fact, in terminal decline. “A state order for a couple of planes would save it”, Vusenko said today. The factory is stagnating. With only minor orders coming in, they are struggling to pay salaries. In fact, most workers don’t even come to work. To restructure the factory, which has already been declared bankrupt, will take UAH 2 billion; another 1 billion is needed to modernize production and make it competitive.

KSAPE is in a dire financial situation because the country’s economy has been struggling. It also faces competition from Kyiv’s Antonov plant, which is doing much better. The question is whether Ukraine can afford two aviation giants, but it looks like the government is reluctant to fully close KSAPE. This year, they did manufacture one plane for sale abroad.

Further data on the history and facilities of KSAPE can be found here.