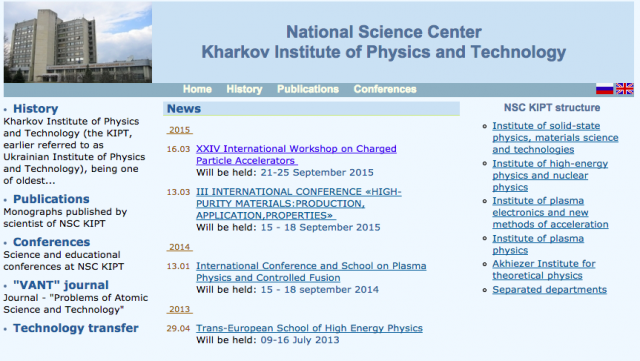 According to reports of the American company Westinghouse, 18 of the nuclear reactors in Bulgaria, the Czech Republic, Finland, Hungary and Slovakia were made using Soviet technologies. Taken together, the 18 provide more than half of these countries’ energy output. The problem? Due to their design, they only run on Russian fuel.

In a bid to boost Europe’s independence of supplies from Russia, the EU launched the ‘Horizon-2020’ project, for which Westinghouse is coordinating the research, writes censor.net.ua. Ukraine also joined, and as member, it signed up the Kharkiv Physics and Technology Institute as research partner for the initiative.

The project itself, known as ESSANUF (European Supply of Safe Nuclear Fuel), focuses on licensing alternative nuclear fuel supplies for Russian-designed pressurized water reactors (VVERs) operating in the EU, writes westinghousenuclear.com. The budget is around EUR 2 million. The EU funding is aimed at diversifying nuclear fuel sources in the short- to medium-term, in full compliance with international nuclear safety standards.

Founded in 1928, the Kharkiv Physics and Technology Institute is up there as one of the oldest and most reputed higher educational establishments of Ukraine. The hope is that participation in the project will not only diversify Europe’s fuel sources, but will platform the Institute as a reliable research partner in the future.